I have recently finished watching ’13 Reasons Why’ and I was hooked, so much so I watched all 13 episodes in 3 days. To be honest, this series is not for the faint hearted and you should take each episode as it comes and if you are sensitive to the issues raised in the series I would be wary. It follows the story of Clay Jensen who receives 13 tapes from his friend, Hannah Baker, who has recently committed suicide and they depict the 13 Reasons Why she chose to end her life. But don’t let the above put you completely off, as I did find it very educational and put a lot of things in perspective. Which leads me into the topic of this post, is the show a good or bad influence?

What’s All The Hype About?

I have been seeing so much hype and correspondence on the show since its release on March 31st. Most of it has been praise for the show, as it has already made such an impact that people are talking about mental health more than usual and has helped relieve some of the stigma. Which I am thankful for myself, I feel like I can use the show as a way to speak to people about my own state of mind. But as with everything else that circles around peoples opinions, not everybody agrees. 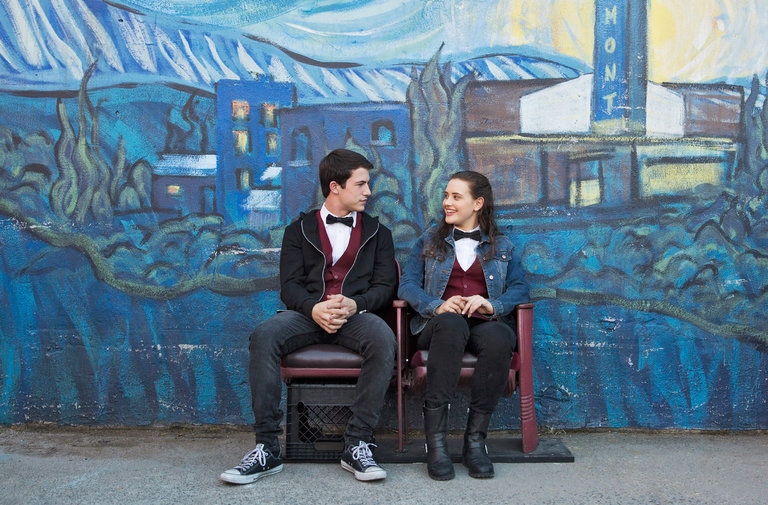 Since finishing the show I have stumbled upon news articles claiming that some mental health organisations critises the show for glamourising suicide. Which I think is not a fair accusation. The director himself has had his own brush with suicide and he didn’t think it was fair to himself or other suicide survivors to just depict suicide as just being there in the background. In order to full educate people on the issue and show them that suicide isn’t the easy way out you need to tackle it head on in the gritest, hardest way possible. Which resulted in heart wrenching graphic suicide scene, that makes an impact! Another thing the organisations aren’t happy with is the increase in the amount of calls to suicide hotlines since the show aired. But is this really a bad thing all round? Sure the show may be making suicidal people more vulnerable but they are choosing to call help lines instead, they are choosing to talk about their problems and seek help. And in my eyes that is not a bad thing at all.

Sure there is some things I do believe the show misses the opportunity to do. The main one being the lack of scenes showing teenagers seeking help or talking about their feelings. Which has also worked its way into a debate. People say that teenagers struggle with their feelings as they have no idea what they mean or how to deal with them. That’s why we need to educate ourselves on how to spot the signs of someone who needs help. However I think they could have shown teenagers that it is okay to talk, even if it’s just to family or friends. Instead they chose to show a scene were Hannah Baker goes to her school counsellor for help but he fails to see the warning signs and the cry for help.

However I do think this is a breakthrough show and it will hopefully teach people to have more respect for one another and show people that our actions can have consequences for other people that may lead them to feel hurt and confused. I also I think the show also teaches us that if we do know someone with mental health issues we shouldn’t be afraid to be there for them and ask them how they are doing as that might help them feel less vulnerable. So much so that I have decided to get a semi colon tattooed on my wrist as part of the #projectsemicolon movement and to signify my own story with mental health but to also show people that I understand and I am here to listen.

I hope you give ’13 Reasons Why’ at try, I honestly enjoyed although its emotional and stressful at times. If you have already watched it please share your thoughts on the show in the comments.

I hope to see you next time!