Christmas for me isn’t the same without having some sweet treats. Christmas brings with it a feast load of festive traditions including mince pies, gingerbread and the basically the excuse to eat anything extremely sugary. In this post I am going to show you how to create 3 simple festive treats that will impress your friends and family during this rather busy period. 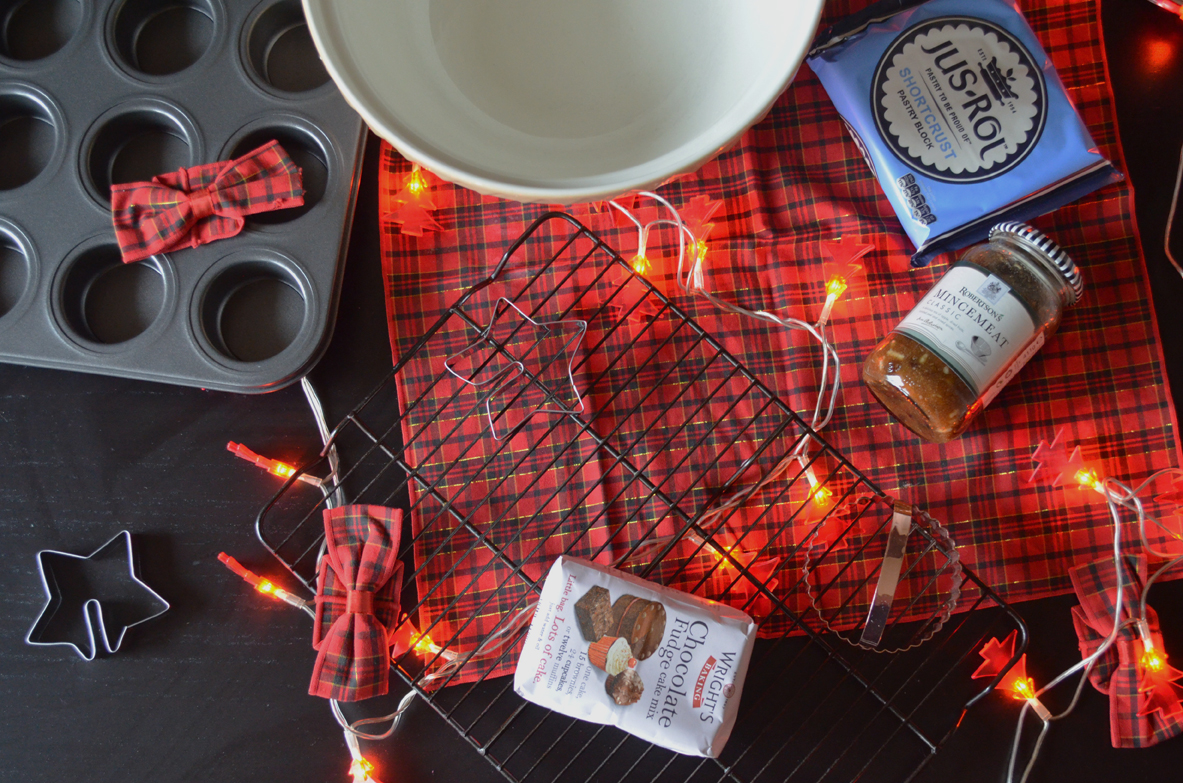 Now this is one of my cheat recipes. Because let’s face it if you need to do a lot of entertaining and you are really busy. The last thing you want to do is slave away in a kitchen doing a lot of baking and cooking. So my advise, wherever you can, cut some corners. 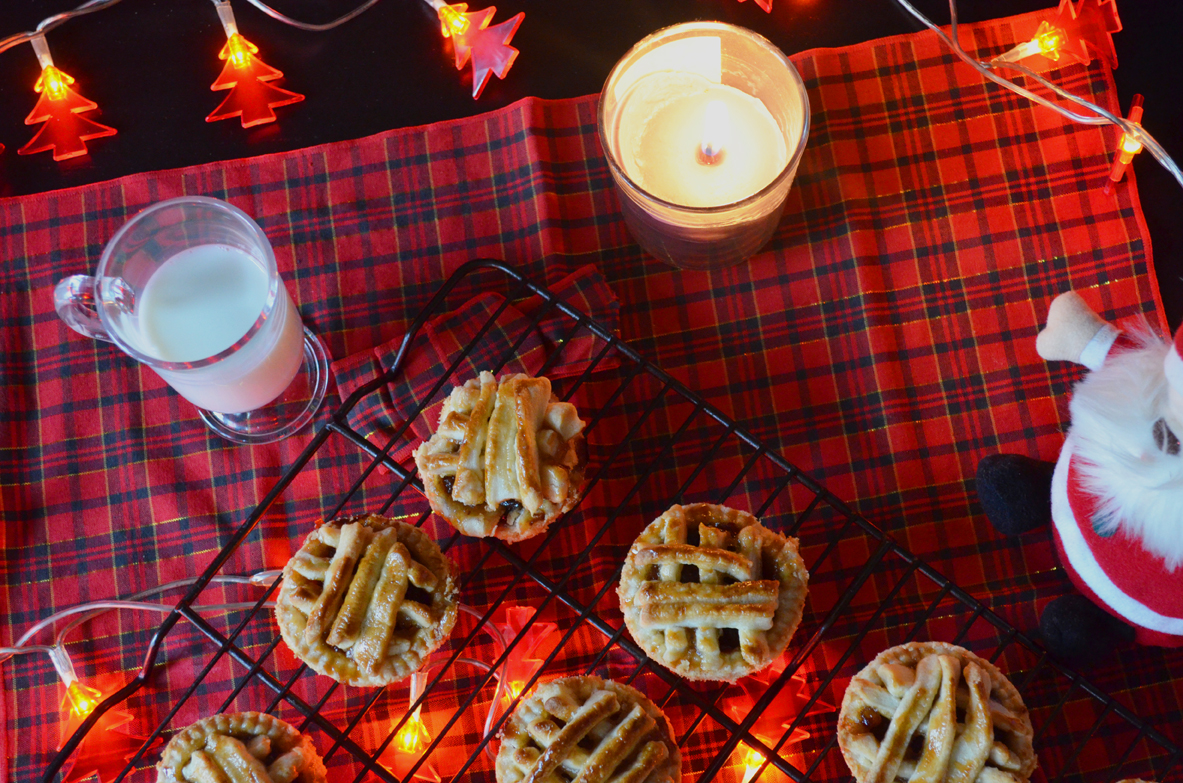 You will first of all need to pre heat your oven to 180 degrees (fan). Next dust your surface you are planing on rolling out your pastry with flour. Roll out your pastry so it has the thickness of a £1 coin. Once you are happy with the thickness start cutting out with a circular cookie cutter, there should be more than enough pastry to get around 12 circles. You will need to have some pastry left over in order to put tops on the pies, usually it’s stars but I did a lattice effect on mine. Make sure that before you place pastry bases in the tin you need to cover the moulds with a layer of butter so they don’t stick to the tin while cooking. Place each base into the moulds and add a large spoonful of Mincemeat into the middle of each base. Roll out the rest of the pastry again and cut out your desired tops for your pies. Before you place them in the oven, brush egg over the pastry as this gives the pies a slight glaze while baking. Bake them in the oven for 20-25 minutes or until they are golden brown. Once they are done leave them cool before attempting to take them out of the tin. Sprinkle them with icing sugar to serve, if desired. 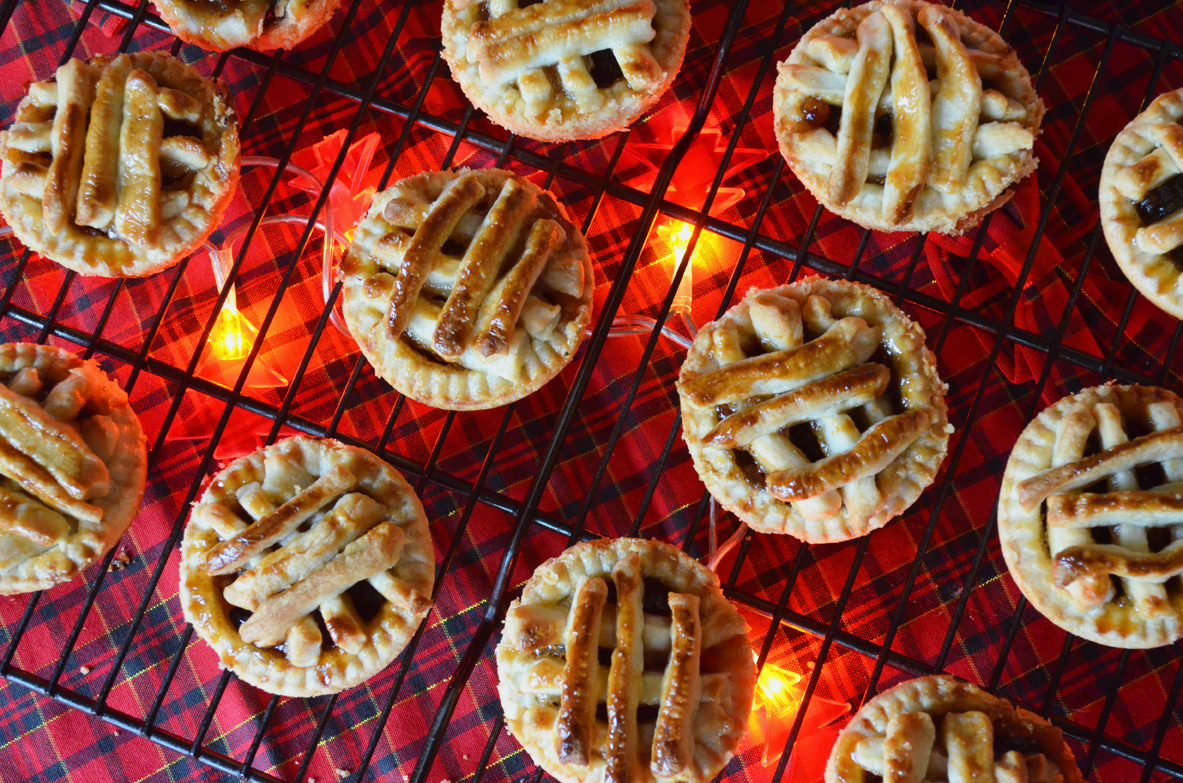 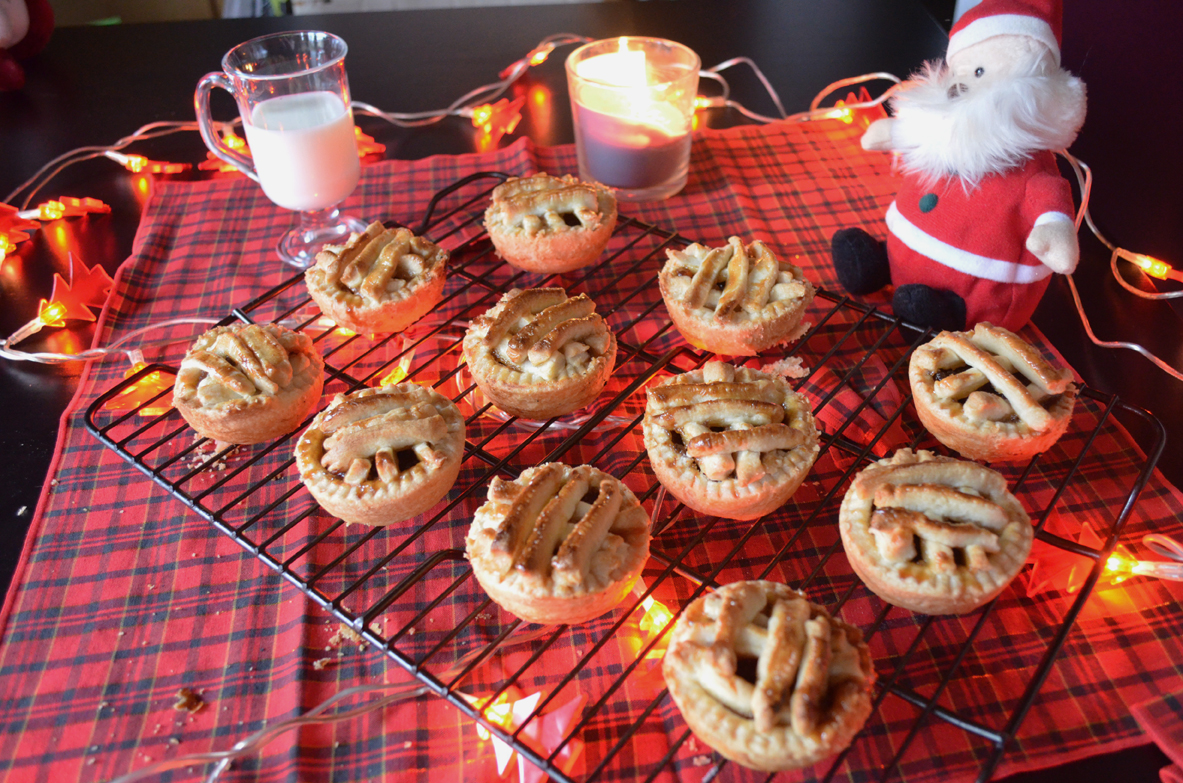 Biscuits aren’t 100% a festive tradition but you can make them festive, thats the great thing about baking biscuits is you have a lot more freedom with what to do with them. You can add your own festive flavour or ingredients, but I decided to go with cinnamon and nutmeg. 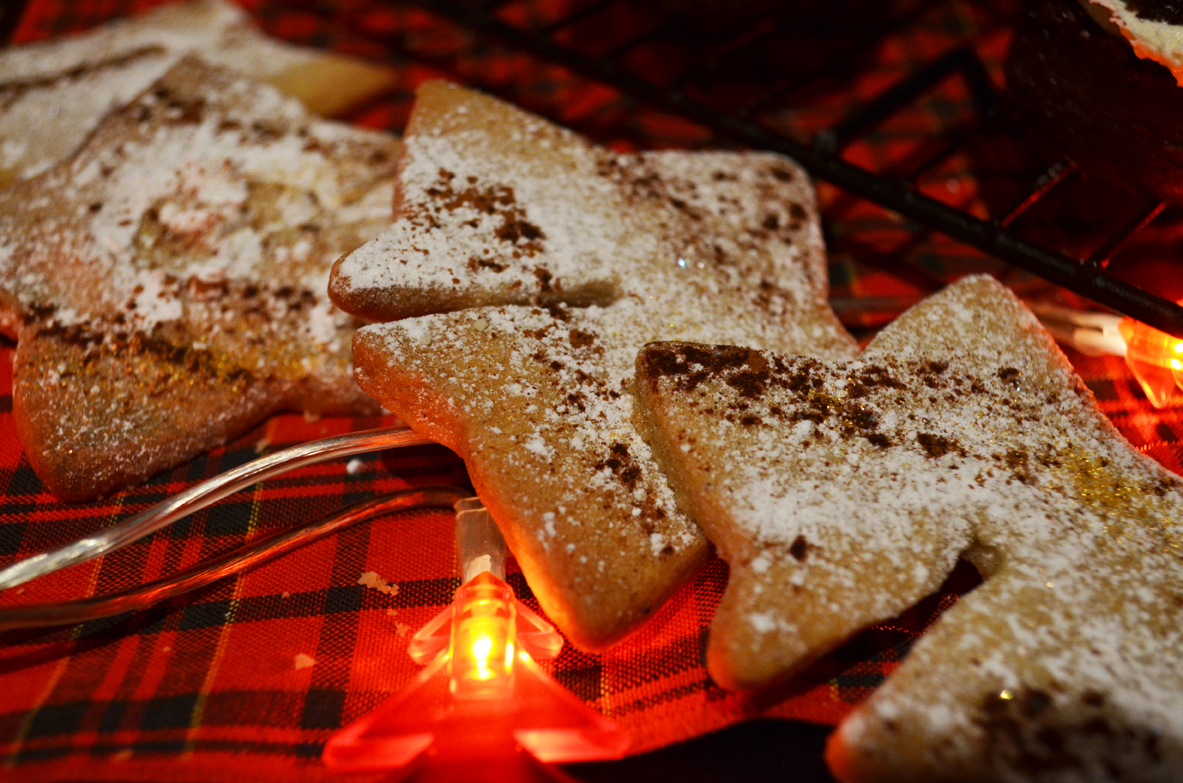 *I modified the recipe to have 1 tsp of Vanilla Extract instead of 2 as I added 1 tsp of cinnamon and 1 tsp of Nutmeg to the recipe.

Pre heat oven to 180 degrees (fan). Mix 250g of softened butter and 140g of caster sugar in a large bowl with a wooden spoon until it comes together to create a creamy consistency. Then separate an egg to get the egg yolk and add that to the mixture along with your vanilla extract (or any other wet flavourings or ingredients you wish to add). Mix this slightly until combined. Sift 300g of plain flour into the mixture and the cinnamon and nutmeg (or your choice of dry ingredients). Stir until its well combined, and fun bit, getting your hands in to bring the mixture together into a dough. I put the dough in the fridge to rest for about an hour but you don’t really have to do that. Afterwards, roll out the dough to your desired thickness, and cut your festive shapes out with your chosen cookie cutters, I chose stars! Bake on baking tray that you have lined with greaseproof paper, bake for 15-20 minutes. They will be soft while they are hot but they cool hard. To serve I sprinted them with icing sugar, cinnamon and edible glitter. 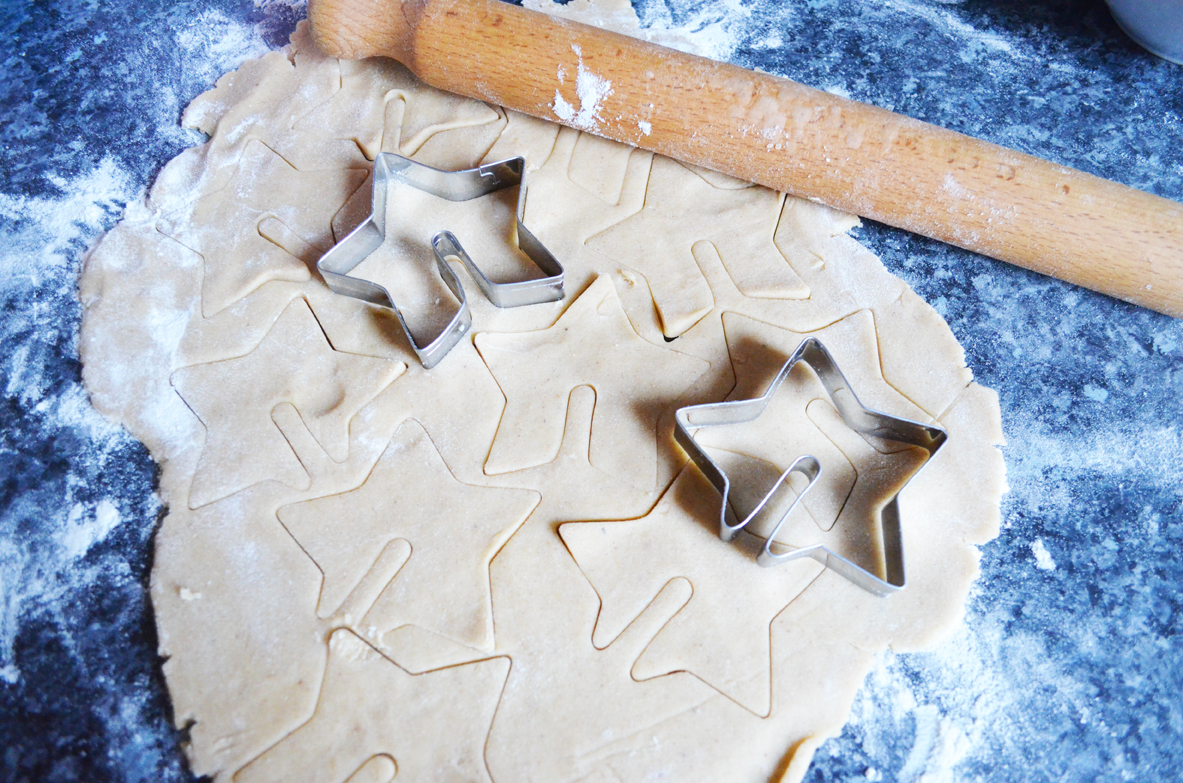 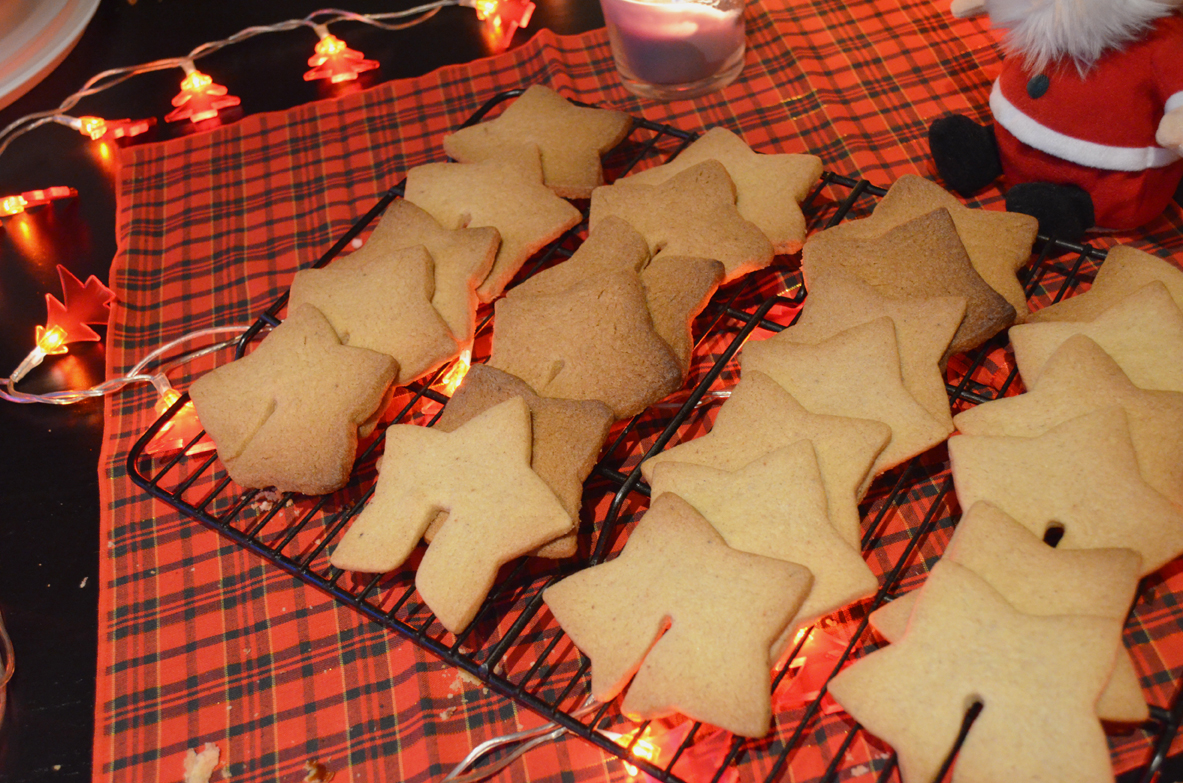 This is a good recipe for any time of the year, but Christmas is always a good excuse for chocolate and cake so why not put them both together and add a Christmas twist with an orange flavour. But again you can add your own favourite Christmas flavour. Again this recipe is a bit of quick cheat recipe to make it easier for you. 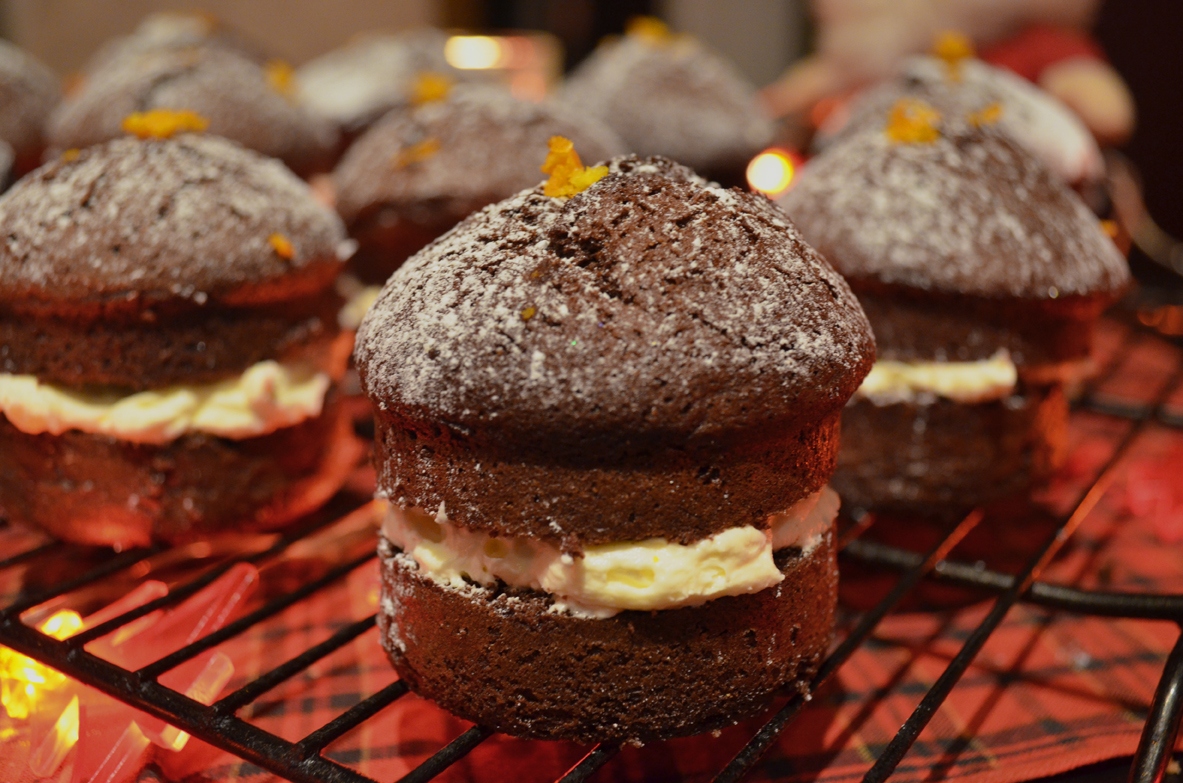 Pre heat your oven to 200 degrees (fan). Place the 200ml of water and the 60ml of oil into a large mixing bowl. Add the Chocolate Fudge mix into the bowl and mix with a wooden spoon until it is throughly combined. Place the mixture into your sponge tins, I’m using a 12 mini Victoria sponge cakes tin that I got from Lakeland. Bake them from about 20 minutes. Once out the oven leave them cool, and while they are doing that you can make the buttercream. Place 150g of butter into a large mixing bowl, I like to mix the butter first to soften it up even more. Then add 100g of icing sugar, its best to use an electric whisk as it is quicker but a wooden spoon will do too. Once the mixture is light and fluffy add 1 tsp of orange extract. Once the cakes are cool, cut them in half and spread a generous amount of buttercream and put the two halves together again. To serve sprinkle with icing sugar and orange zest. 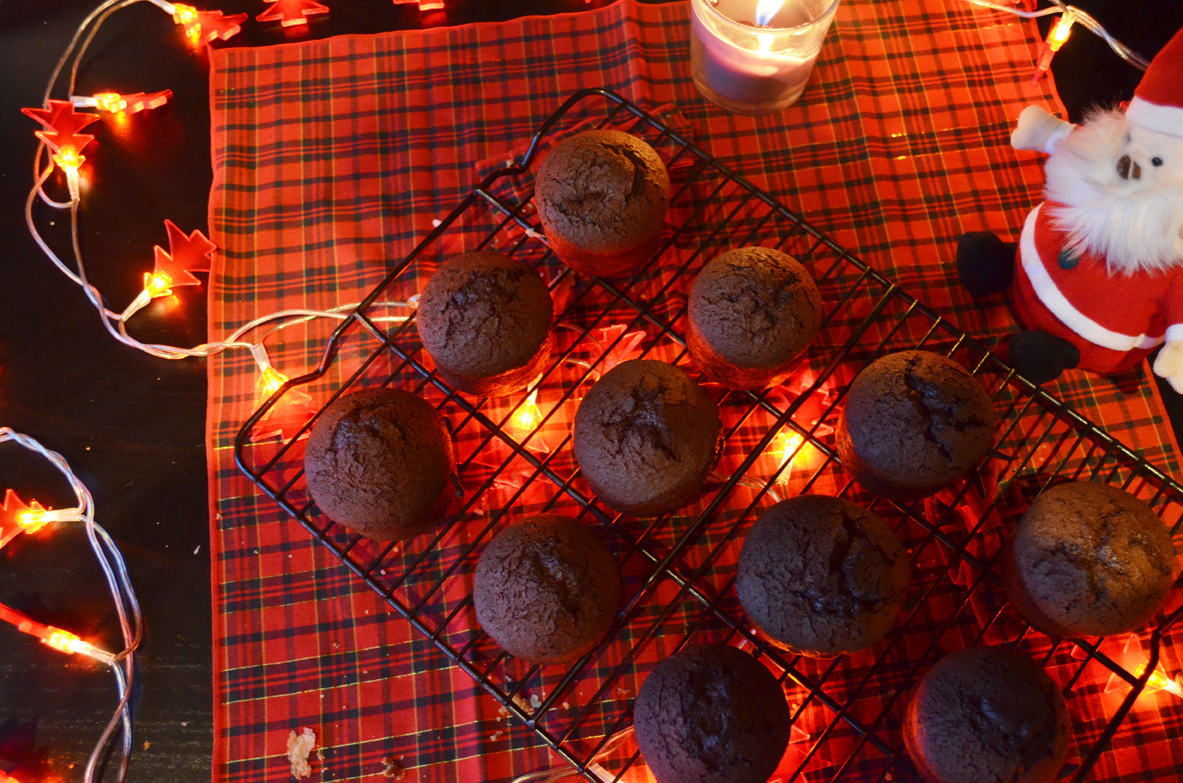 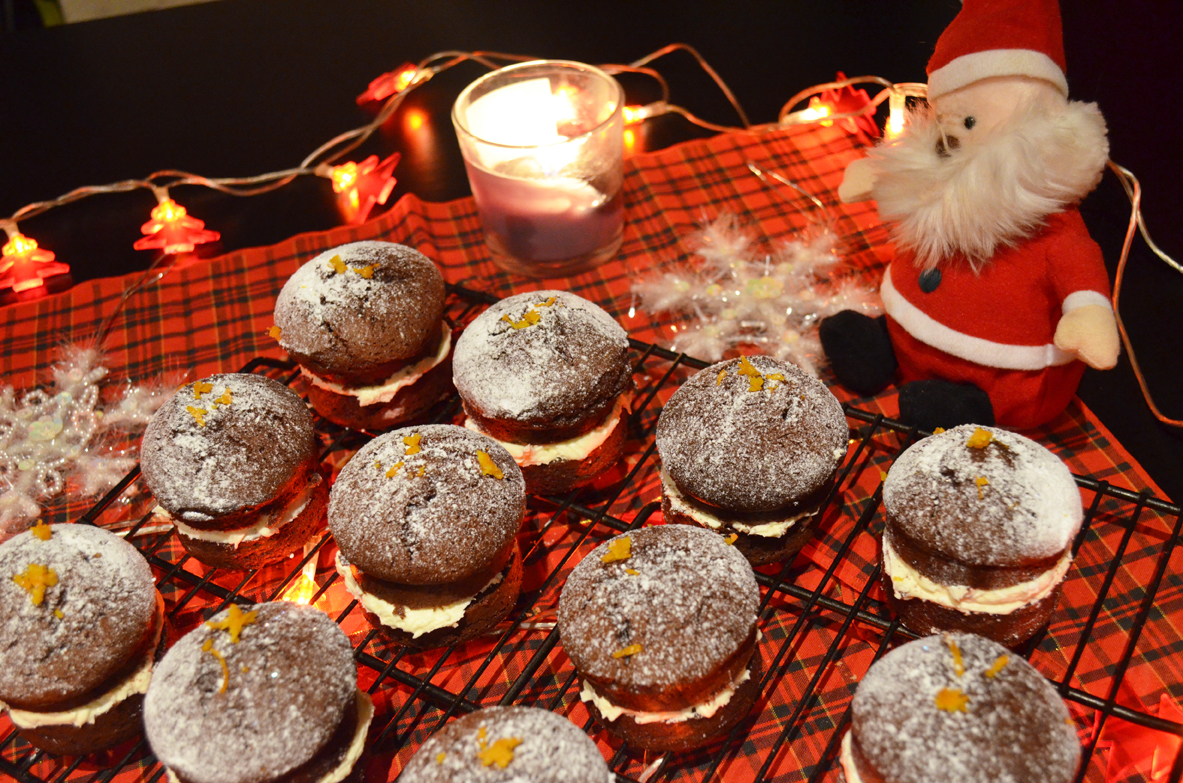 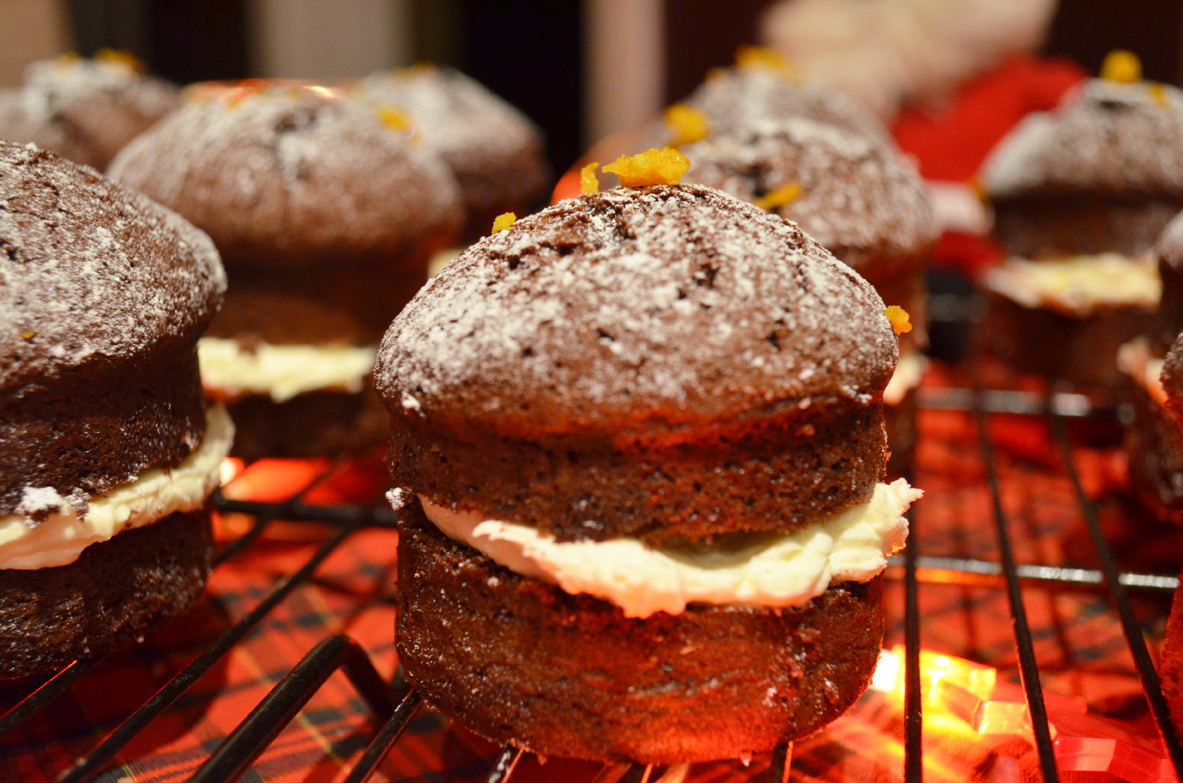